You are here: Home › Activism

For the past twenty years she has been very involved (with many others) in movements to bring about abortion law reform in Australia. This included the successful efforts to overturn the Harradine Amendment in 2006, which was followed by Caroline and Dr Mike Carrette using the Authorised Prescriber legislation of the Therapeutic Goods Administration to become the first doctors to import and use mifepristone (RU486) for medical abortion in Australia. Subsequently due to the input of many others the drug is now widely available.

Caroline was also active in improving antenatal care for immigrant women in Western Sydney in the 1980s, and in the movement at the same time to involve midwives much more fully in the care of women experiencing normal pregnancy and birth. As a member of the NSW Health Dept Maternal and Perinatal Committee and numerous subcommittees and of the committee producing the 1988 Shearman Report of maternity services in NSW, she helped transform the nature and standards of care in NSW.

She has also been an advocate for improved healthcare for asylum seeker women. In 2003 under arrangements with AusAid she visited Nauru to perform gynaecological surgery in Nauru hospital; at the same time she visited Top Side asylum seeker camp and so has firsthand knowledge of conditions on the island. More recently in 2013, 2014 and 2015 she has visited the Darwin detention centres, partly in conjunction with organization Chilout, to investigate care provided to mothers and babies. She gave evidence to the committee led by Professor Gillian Triggs that resulted in the Forgotten Children report and published her view in the Medical Journal of Australia. 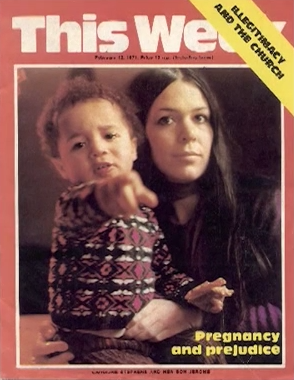 Caroline’s interest in women’s health and women’s rights began in her first year of medical school in Dublin, Ireland, in 1968, when she became the single mother of a baby boy, Jerome. ‘Unmarried mothers’ in Ireland at the time were highly stigmatised and in most cases had their babies taken away by the Catholic Church. She managed to avoid this and while bringing up Jerome and studying helped form a group of similar single mothers and agitated for better conditions and assistance for them, partly through the Irish Women’s Liberation Movement. 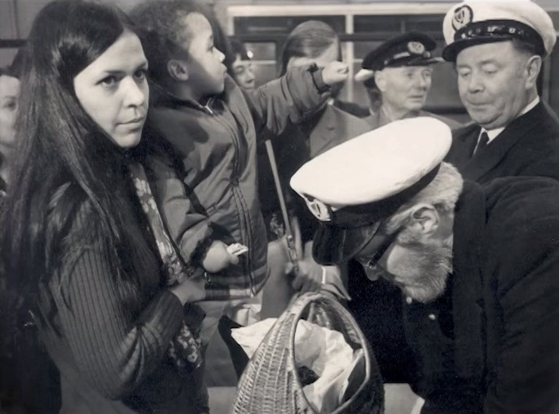 Caroline and Jerome travelled aboard the ‘Contraceptive Train’ in May 1971

She was also part of the ‘contraceptive train’, the historic group of women who in May 1971 travelled by train from Dublin to Belfast to buy condoms and bring them back into the Irish Republic, where contraception was completely illegal.

Later as a senior medical student and a junior doctor training to be a specialist obstetrician and gynaecologist she participated in the clinics of the Irish Family Planning Association which were violently opposed by the Church and often raided.