You are here: Home › Crime fiction

The prequel to the Cass Diamond series.

It seems a perfect beach in tropical north Queensland, yet a sign marks the site where fifteen Aboriginal people were massacred more than a century before. Then on a sunny morning in 2002 the body of a young Aboriginal woman washes up on the sand. Accident … or murder?

Close by lives Cairns forensic pathologist Leah Rookwood, on the island handed down through four generations of Rookwoods. As Leah’s colleague Detective Leslie Fernando investigates the modern- day death, Leah discovers some dubious history in her own family. Are the distant events and the current tragedy linked?

Published in May 2021 by Boolarong Press, Brisbane 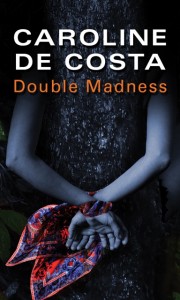 In 2015 Caroline de Costa published her first crime novel, Double Madness, with Margaret River Press. Caroline was happy to work with editors Kylie Mason and Deb Fitzpatrick and MRP publisher Caroline Wood since her work was accepted by the Press following its being Highly Recommended for the Jim Hamilton Award of the Victorian Fellowship of Australian Writers in 2013.

Double Madness introduces Detective Senior Constable Cass Diamond, a 34 year old Aboriginal single mother with a degree in criminology, a black belt in tae kwon do, a wry sense of humour and a chequered past.

The reader first meets Cass when a woman is found dead in bizarre circumstances, deep in the rainforest outside Cairns. It’s not long before Cass uncovers a disturbing connection between the victim and the local medical profession.

This is much more than trouble in paradise: as Far North Queensland assesses the damage in the aftermath of cyclone Yasi, Cass Diamond discovers a world where the medical profession is woven into a sordid underbelly of psycho-sexual depravity…

Double Madness was released in mid-2015 and launched at the Melbourne Writers’ Festival on 29th August 2015.

In 1992, toddler Yasmin Munoz goes missing from a rainforest picnic spot near Cairns. No trace of her has ever been found. Yet in 2012 Andrew Todd, a wealthy businessman and former mayor of Cairns, dies, and leaves in his will directions for a search for the missing child, who if she is still alive must now be a young woman. Cairns detective Cass Diamond is asked to help with the search. But Cass sometimes exceeds professional boundaries… She discovers that in 1990, popular university student Chloe Campion also went missing, from a party in Brisbane celebrating her engagement to the son of Andrew Todd. Police inquiries at the time of the child’s disappearance found no link with the Campion case. But Cass is curious.

Weaving together a story of race, ethnicity, identity and environmental politics, Caroline de Costa again sets her heroine in the sinister rainforest, the contested seas and the solitary inland country of North Queensland that she knows so well. The story twists and turns, leaving the reader guessing, then guessing again, about the fates of Yasmin and Chloe. 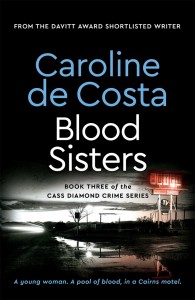 A young Asian woman lies in a pool of blood in a Cairns motel. Transferred to hospital, she dies before she can tell her story. Detective Cass Diamond and her team are soon on the case. Searching through her possessions the police begin to ask questions: Was the woman part of a sex-trafficking ring? Who brought her to Cairns? Are other women in danger?  Soon it appears that many women may be missing.  Could their disappearance be linked to the brutal murder of a Cairns sex worker several years earlier?

Meanwhile a group of Cairns schoolgirls has become involved, one of them having witnessed the discovery of the young woman in the motel. Unconnected to the detectives, the girls pursue their own investigations. Will they pry too far?

As these parallel searches progress, the story moves to the tropical rainforest surrounding Cairns, beautiful but capable of hiding many things. What secrets does it hold, who else may be concealed in its depths?

The third Cass Diamond mystery explores sex trafficking and abortion, teenage emotions and adult mischief, in a story as densely branched as the rainforest itself. Caroline de Costa holds her readers captive until the very last word.