You are here: Home › Queensland’s Termination of Pregnancy Bill 2018

On 17th October 2018 the Queensland Parliament passed the Termination of Pregnancy Bill 2018 by 50 votes to 41, removing abortion from the 1899 Queensland Criminal Code, allowing doctors to have a conscientious objection to personally performing abortion while requiring them to make an effective referral for a woman requesting a termination, and introducing 150 metre exclusion zones around clinics and premises providing abortions. You can read about this Bill here

The passing of the Bill was an emotional moment for the many women and men who had campaigned so long for this reform. Caroline has been a member of Pro-Choice Queensland and Pro-Choice Cairns, and a campaigner for abortion law in Queensland, ever since she began practice in women’s health in  rural Queensland in 1994. Much of the history of this movement can be found on the website of Children by Choice (link) the organisation providing help and information  to women faced with making a decision about an unintended pregnancy. Caroline is a Life Member and strong supported of the work of Children by Choice. 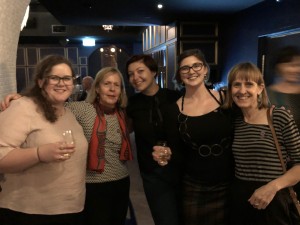 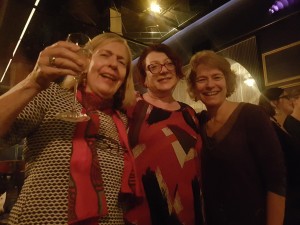 Winding down after witnessing the debate and vote in Parliament House, Brisbane